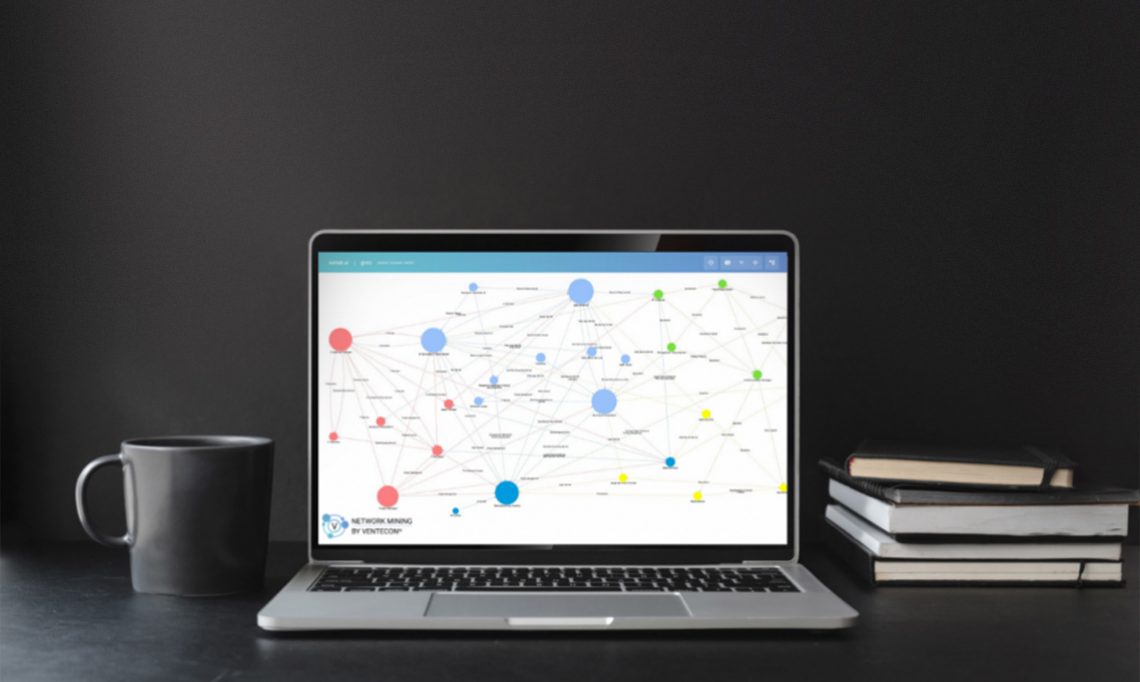 How a software facilitates the start of the AI Marketplace

In his childhood Wiest built tree houses, founded soccer clubs, developed his own card games and dreamed of becoming an inventor. Today he analyzes and simulates market interventions with his own software. Then as now at his side: Patrick Beckedorf. With him, Wiest fulfilled his childhood dream last year and founded the Karlsruhe-based start-up company Ventecon.

For their view of networks, the two young entrepreneurs rely on Ventecon’s network mining software: a program that structures complex markets and provides an overview of roles, players and their relationships in the respective value network.

Katrin Menke from UNITY is responsible for modeling and analyzing the value-added network with the software. The management consultancy for innovation and digital transformation is a consortium partner in the project. At UNITY the (re-)design and analysis of value-added networks is a proven methodology for business model testing and development.

“In recent years market players have become increasingly networked, especially in B2B business. As a result, the complexity in the respective markets has increased significantly,” the expert explains. Ventecon’s software makes it possible to clearly display this complexity and the dynamics of the AI market and to make it usable for the planned AI marketplace. The insights gained from the analyses are directly incorporated into the business model development of the AI marketplace.

Using Ventecon’s software, UNITY first models the AI market without the AI marketplace in an iterative process. “We want to find out the relationships between the various roles in the market and the mechanisms that work between them,” explains Katrin Menke. She was surprised by the high fragmentation of the AI market. In order to obtain as real a picture of the market as possible, she is in close exchange with her UNITY colleagues, Ventecon and other AI marketplace partners for modeling and analysis.

“Implicit knowledge can be made explicit via a digital whiteboard, already existing data can be imported via a sophisticated plug-in system of the software,” says Markus Lau, Business Developer at Ventecon.

With a mouse click, the network appears as a clear map, each role is shown as a circle. All circles are connected with lines. The lines represent the value streams between the roles. Four colors stand for four clusters, which Katrin Menke identified with the help of the software: Infrastructure, value creation, regulating roles, communication.

“The roles in the clusters show similar interaction patterns and their value promises are related in terms of content,” explains Katrin Menke. What is noticeable is that some circles are larger than the others.

These roles are central to the AI marketplace

These roles appear to be particularly relevant for the overall network after an automated structure analysis has been performed. AI developers and implementers, as well as the manucfacturing industry, data scientists and business consultants, bundle and share a lot of information. She doesn’t want to reveal any more, since there is no such analysis of the AI market yet. But one thing is clear: “The network is highly relevant for the business model of the AI marketplace,” says Katrin Menke.

Based on the data entered and with the help of Artificial Intelligence, the next step will be to investigate the effects of the AI marketplace becoming part of the current AI market. “The goal is to be able to use the data to demonstrate various scenarios as to how the business model of the AI marketplace can work particularly well in the AI market,” says Ventecon founder Marvin Wiest.

With the help of the network map, it is now possible to understand and evaluate the market better than before, identify profitable business cases and derive recommendations for operationalization. But the last word in the development of business models is still in the hands of people.

“We don’t want to replace human intelligence, but rather expand it by means of artificial intelligence,” explains Ventecon founder Patrick Beckedorf. “So that even in a volatile, uncertain, complex and ambiguous world, we have confidence in our business model 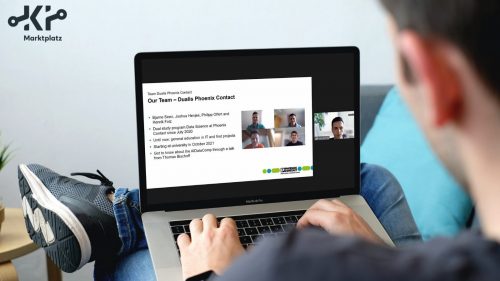 “Turning data into gold” – that was the credo of the Industrial Datathon , jointly organized by the AI Marketplace and the AI Living Lab. Around 30 heads raced last week to solve real challenges from industry. The win – an implementation project in the AI Real Lab – came as a surprise to the winning team. 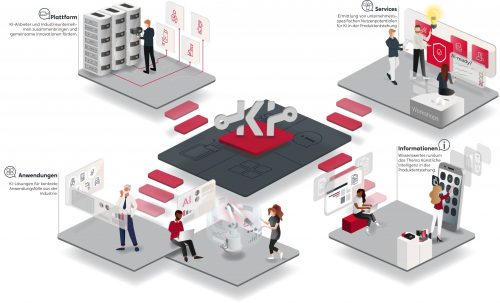 More than a platform – AI offerings for SMEs

Analyses, quick checks and expert feedback: Take advantage of our free AI offerings for your company. There are already free services that small and medium-sized companies in particular can use to tap the potential of artificial intelligence (AI) in product creation. 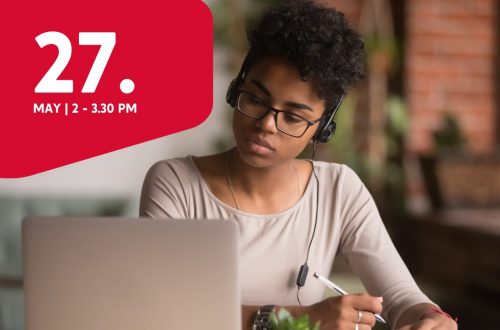 The upcoming virtual event “AI Marketplace meets FIWARE”, within the FIWARE AI DAY, will focus on how open source-based AI marketplaces can unlock benefits for AI offerings, especially in the product development space. 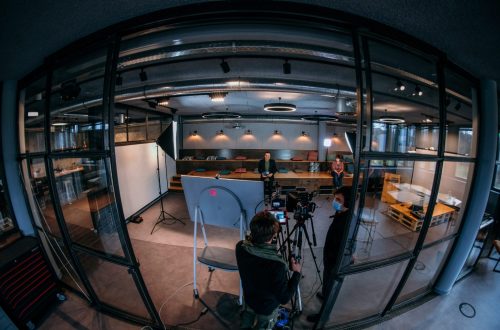 Post challenges, find solutions, gather know-how: all this is promised by the AI Marketplace – the digital platform for tomorrow’s innovations. For the past year, […] 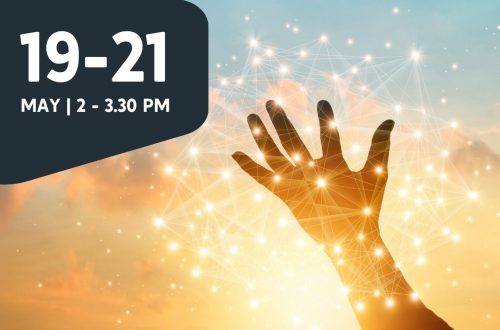 In the AI Marketplace, we attach great importance to the topic of data security and therefore rely on certified standards, which at the same time form the basis for fair cooperation. Find out what this looks like in practice in the interview with Christoph Mertens, Head of Adoption at IDSA. 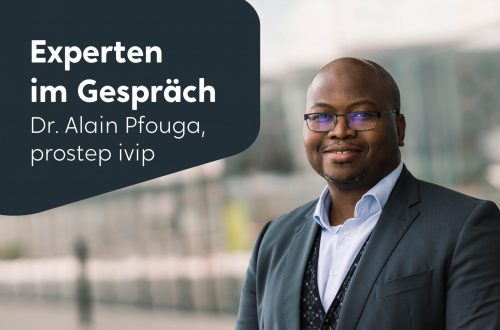 How can AI improve the efficiency and effectiveness of product development processes? What added value will companies derive from the AI marketplace? And what does prostep ivip e.V. have to do with it? Dr. Alain Pfouga, Rachel Bauer and Nora Tazir answer questions in this interview. 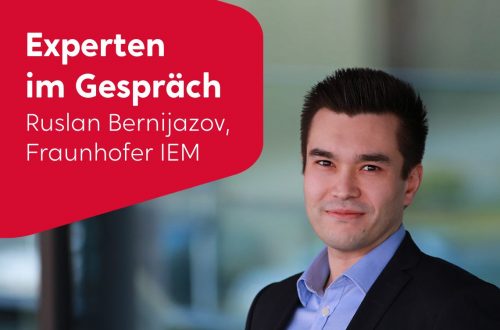 Artificial intelligence (AI) is at the heart of the activities of the AI Marketplace. Ruslan Bernijazov research associate at the Fraunhofer-Institute for Mechatronic Systems Design IEM, explains how this is reflected in the platform in particular, but also in the pilot projects. The time has finally come that to launch our AI Marketplace platform. For this occasion, we plan to host a special virtual launch event with a live demo and insights into benefits and offers of the AI Marketplace. 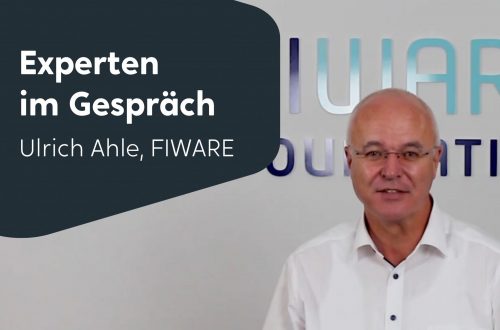 Interview: AI for product development – recipe for success of the AI Marketplace

What is behind the term product creation, and why is AI of high importance in this process? Marc Foullois, research associate at Fraunhofer IEM, has the answers. 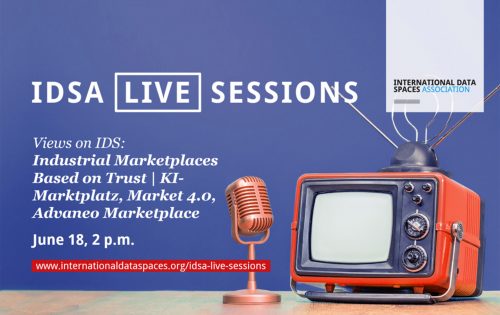 During the IDSA LIVE SESSION, four experts will provide information on the topics of artificial intelligence, digital platforms and Business 4.0. The AI Marketplace is also part of the program.

Context
The specification of requirements is a complex task that is performed by many people.

Approach
Natural Language Processing
All requirements are evaluated with regard to their quality on the basis of defined and leanred rules.

Impact
The impact is yet to be determined.